The Changing Trends Of Adoption In India 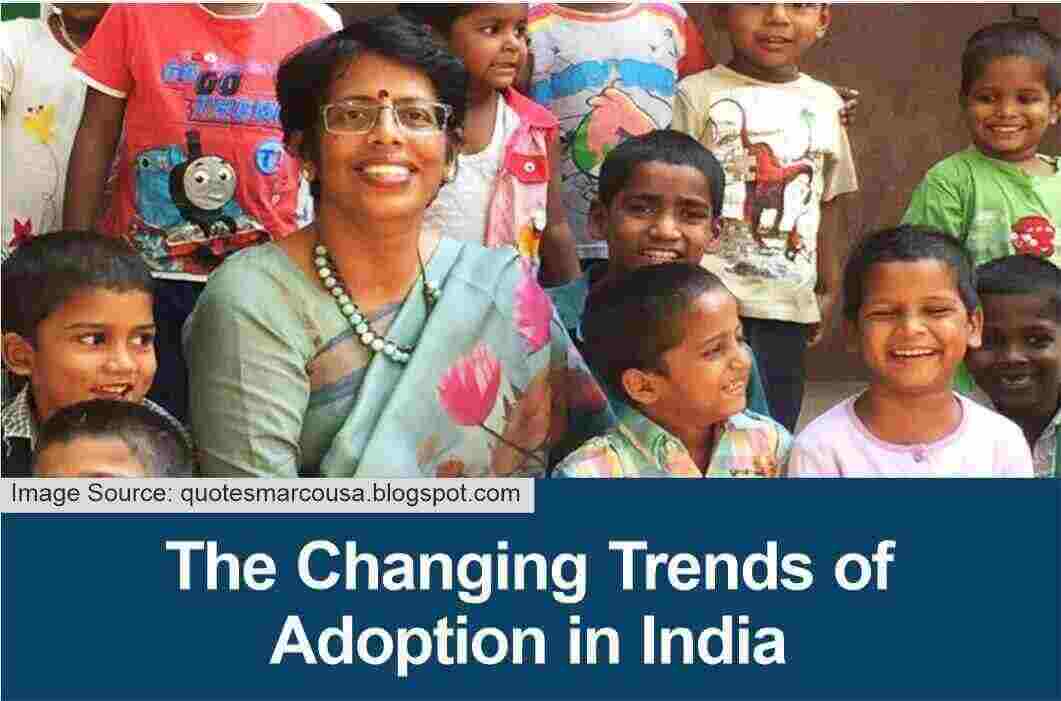 India is one of the most ancient countries in the Asian continent with a strong traditional base. Even though it has seen a lot of changes in its religious practices, we still stand as the proud flag bearers of our beliefs and mythology. India has gone through major changes in the field of adoption as well. Adoption is the establishment of a parent-child relationship through a legal and social process other than the birth process. It is a process by which a child of one set of parents becomes the child of another set of parents or parent.

Earlier, adoption did not give any legal and legitimate status to an adopted child equal to that of a biological, legitimate child. Later, the Juvenile Justice (Care and Protection of Children Act of 2006) cleared the issue, where adoption was defined as the process through which the adopted child is permanently separated from the biological parents and becomes the legitimate child of the adoptive parents with all rights, privileges and responsibilities that are attached to the relationship.

In historic times, the reason for adoption was spiritual and religious. However, with changing times, Indian policies took over the social aspect of children’s wellbeing as the base for adoption rights. Earlier, the parents who adopted kept it as a family secret due to the social stigma involved in barrenness and adopting an unrelated child. With widening the scope of adoption, also came the responsibility to legally and formally regulate the process. The Center Adoption Resource Agency (CARA) was formed in India in 1986. The primary role of CARA is to monitor and regulate the entire adoption process.

The attitude towards adoption in India has changed significantly in the last three decades. Prospective adoptive parents are beginning to understand the legal and social processes of adoption and recognize the need to go through organized child welfare organizations. It is interesting to note that in the last few years, children coming into institutions, either in the form of abandonment or surrendering, has decreased considerably. Education, globalization and contemporary thoughts have brought about attitudinal changes in a broader perspective.

India has seen many changes and challenges in adoption. Although state approved agencies are providing adoption, it is still possible to adopt privately through agents and other unorganized sources in some hospitals. Adoption agencies are frequently perceived as "money makers," and as a result, they are constantly put under "scanner" by whistleblowers. There is a lack of consistent and complete data in some states which makes it difficult to track and research about the number of adoptions taking place. The changes in the line of promoting adoption has been evolving. The policies are designed in a way to benefit children of our country. There have also been cases that have set precedents on providing training to the judiciary on handling adoption cases with sensitivity. It is also the responsibility of NGOs and Child Welfare Agencies to give necessary guidance to raise children with special needs. Child Help Foundation is now also working towards establishing help in those respects.

Adoption is a personal choice; adoptive parents need help with queries regarding parenting, family issues, dealing with community and school. Post adoption counseling in the form of aftercare is also available but only a few parents take it. To help and assist parents with the shift in their new roles and adjusting to parenthood, it is advised that post adoption counseling be made mandatory. Another important component is that the mental health community needs to spread awareness on sensitizing the adoption process. And the childless couples who opt for adoption also need to be considered for therapeutic support. Irrespective, there is a need to introduce adoption therapy training for all the parents.

“Adoption is a journey like any other journeys of life. Once you decide to Choose Adoption, Embrace every part of the process. Because Adoption is worth it.”