Every child, regardless of age or sex needs a loving family, a safe environment, opportunities, and a right to live life as desired. The childhood of every child is innocent and especially if it is a Girl, we must and we should protect, cherish, nurture and defend her childhood and engage in choices that affect her life. India is known to be one of the most dangerous countries in the world for a girl. Even now, in this modern age where many are “modernized” and “educated”, there are families who still prefer a boy instead of a girl. Everywhere in our country, irrespective of one’s social class, there are families where a girl child still faces discrimination and the joy of parenthood is conditioned by the gender of the child. If a boy is born it is a delight and a happy environment amongst most of the families and if it is a girl child, some families experience stress and express failure and disappointment. There are many top NGOs in India working for the safety and well being of a girl child and ensuring all the rights of the girl child .

Girls' education in our country suffers from manifold serious problems. The first and foremost problem is the problem of wastage and stagnation. Attempts for providing education at the primary level particularly with regard to girls has been a failure to a great extent. The literacy rate of women, according to the 2011 census, is 64.46 percent while the male literacy rate is 82.14 percent. The National Commission for Protection of Child Rights had mentioned that about 40% of 15 to 18-year-old-girls were out of school and amidst them out of which almost 65 % were involved in household work. Education is one of the important parts of one's life and it is a right of every individual for a long time now but Indian girls are now starting to demand their part of it. Child Help Foundation, an NGO based in Mumbai, today supports 17 Child Care Institutions (CCI) across the country, where more than 4000 children stay and learn. They get an opportunity to complete their primary and secondary education while in the CCI. Child Help Foundation, one of the best NGOs, holds a high priority for quality education which is inclusive, aimed at empowering all children to become informed, competent, compassionate, and a good global citizen. 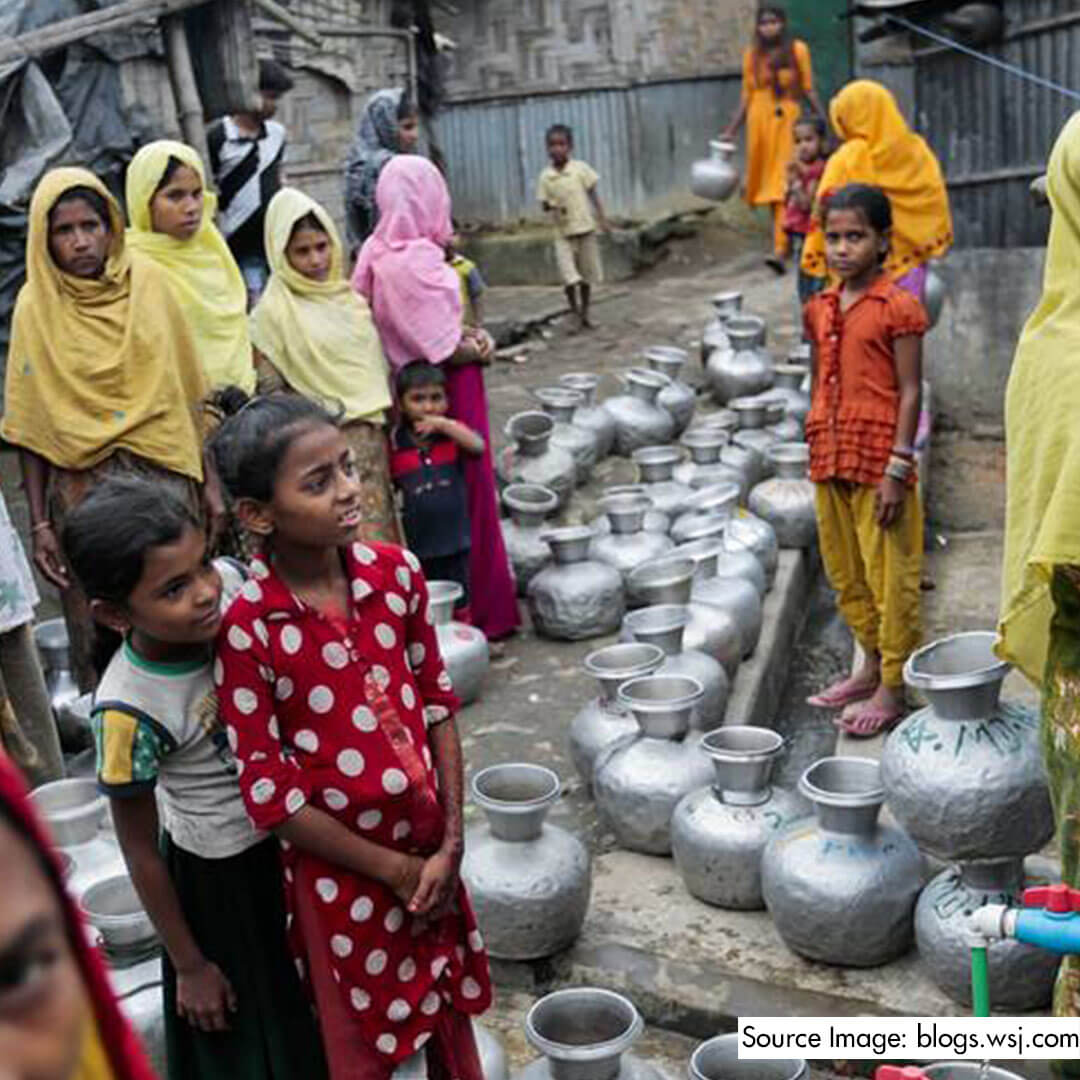 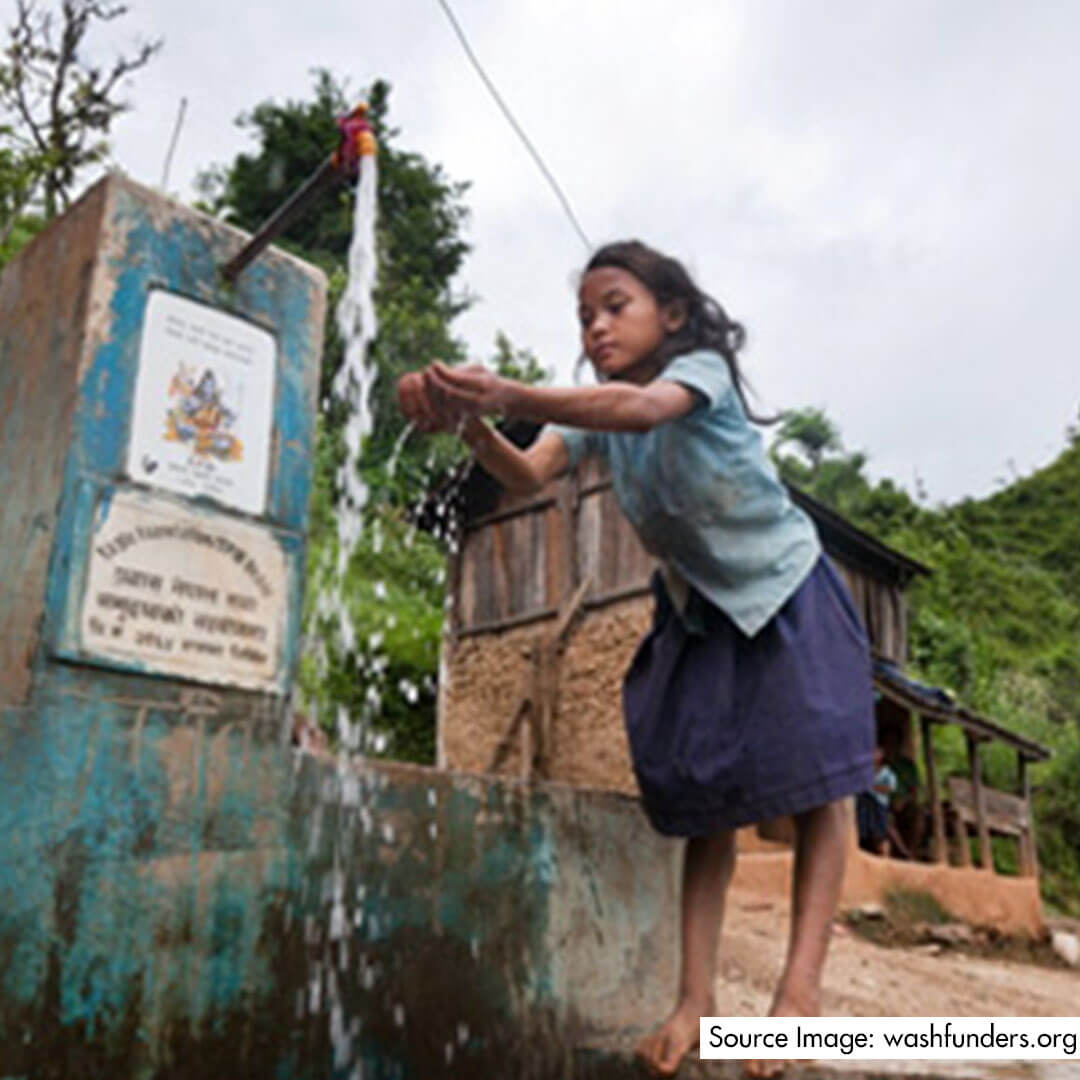 Schools which focus on empowering environments with access to water, water, hygiene, and health-related assistance can expect more girls to stay in school which decreases the risk of early marriage, marital abuse, and pregnancy. Girls often don’t go to school during the menstruation period if the school does not have appropriate facilities, and slowly they start to fall behind and even drop out. Researchers have explained that a part of all girls in school in India stayed at home while menstruating. One of the fundamental causes for this was incompetent gender-specific restrooms, non-availability of sanitary pads, and unhygienic toilets in schools (also due to poor sanitation, shortage of water and lack of disposal means). Around 22 percent of schools in India, according to a study, did not have appropriate toilets for girls and 58 percent of preschools had no toilet at all. Sanitation is not inherently gender transformative. The paper says toilet security cannot be achieved unless gender inequalities are prioritized, sometimes, even above sanitation. The poor state of sanitation in India has a negative impact on the economy and on development indicators in sectors such as health, education, and gender equality. Ultimately, however, it is girls who are disproportionately affected. In slums and rural villages, where there are only open roads or public facilities present for everyone to relieve themself a girl usually faces intense embarrassment, distress, insults, catcalls, fear of peeping through cracks, the danger of being attacked by stray creatures, physical harassment, and also the risk of rape. 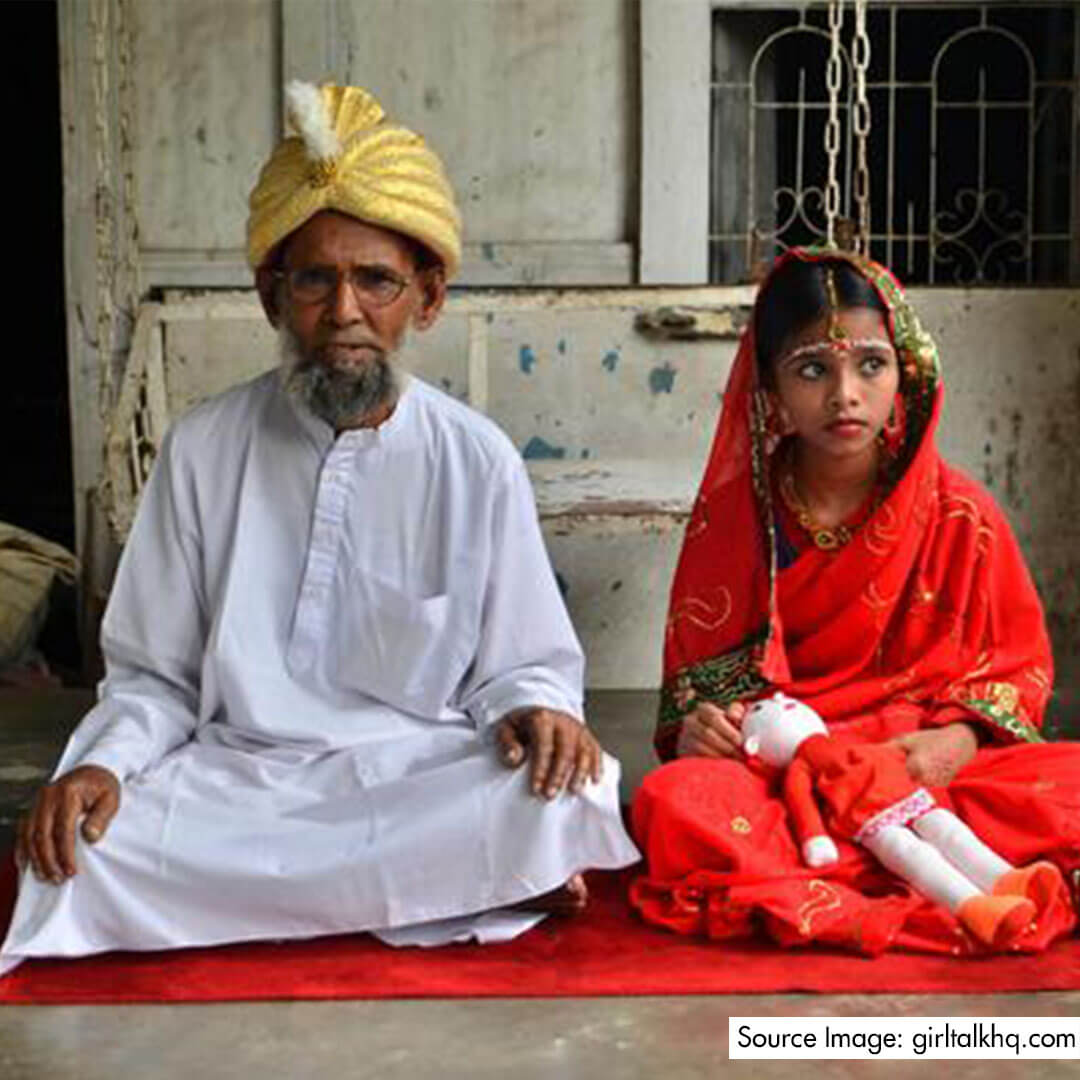 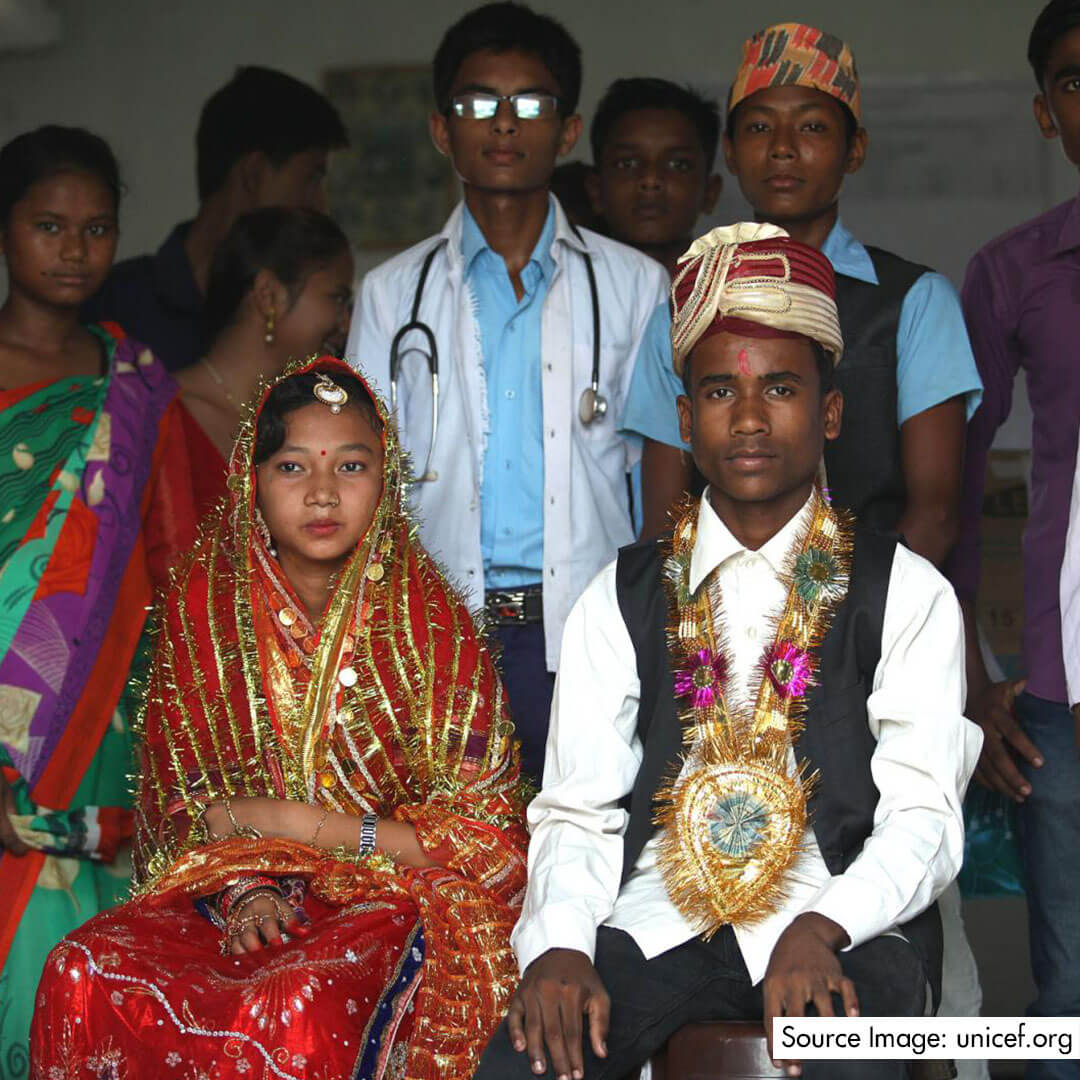 Officially, child marriage is illegal in India. A law passed in 1929, the government passed a law banning the practice, and it was updated again in 2006. As per the Indian Government, the legal age for marriage is 18 for girls and 21 for boys. A girl who is married in her childhood possesses less or no opportunity to learn, pursue her dream, or contribute to society. She has reduced changes of creating her alternate universe. She is more likely to experience domestic violence and become infected with HIV/AIDS, particularly if the girl child is married to someone twice or even thrice the age of hers. She is more likely to have children when she is still a child. There are more chances of her death due to complications during pregnancy and childbirth. Child marriage negatively attacks Indian economy and can drive to a cycle of poverty for all the upcoming generations.Surveys propose that every year, at least 1.5 million girls under the age of 18 get married in India, which makes India the country with largest number of child brides in the world. 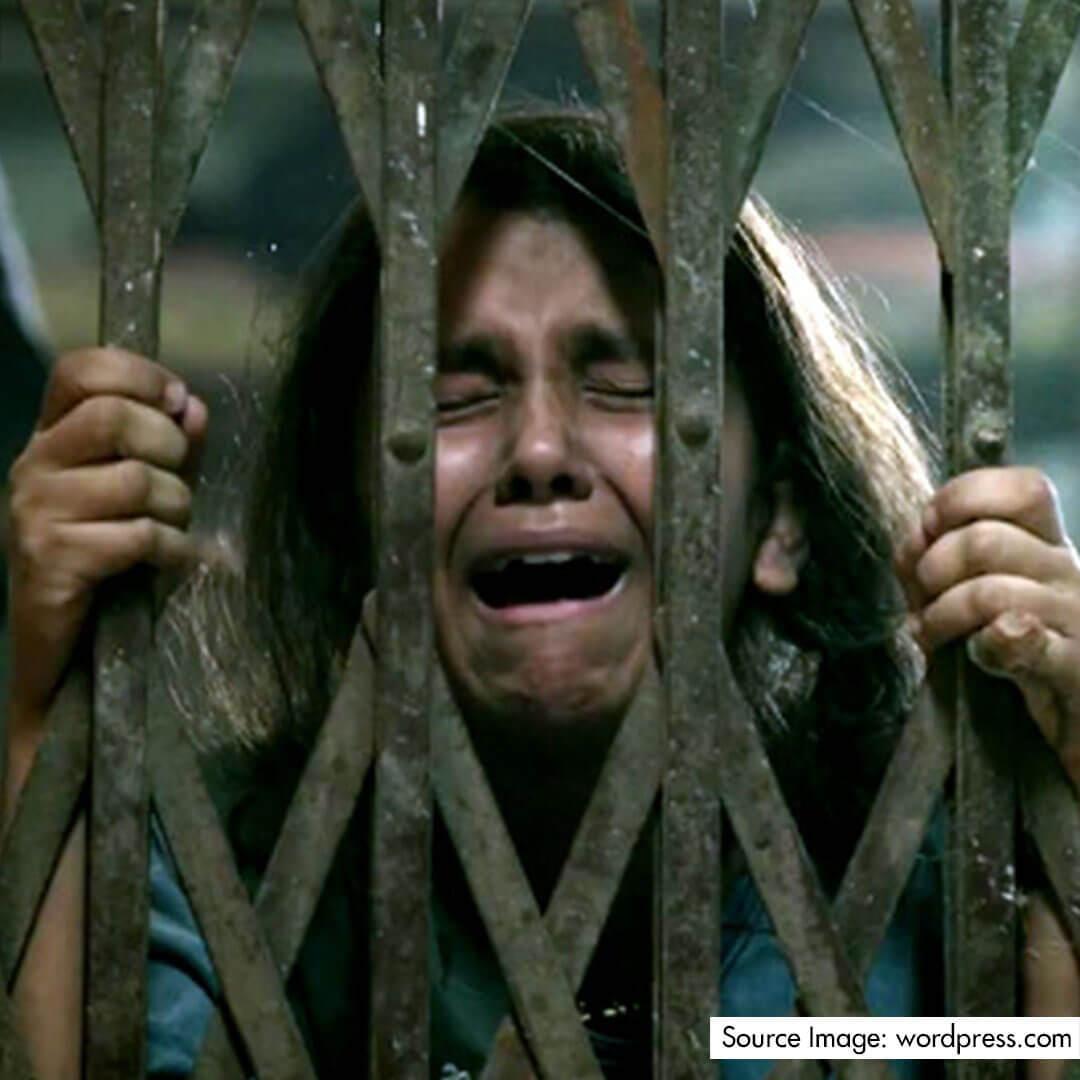 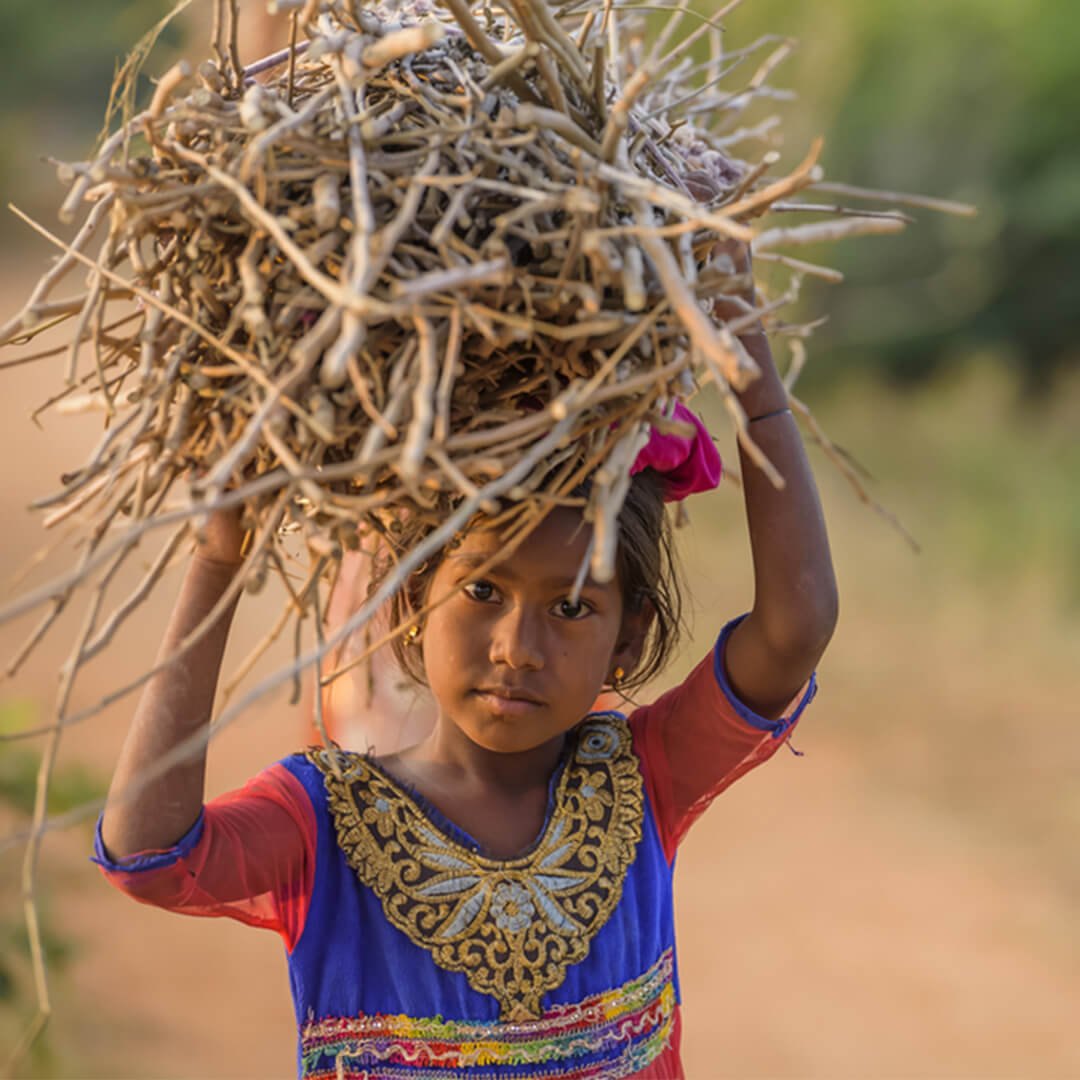 Nearly 16 percent of adolescent girls aged 15-19 are currently married.Children trafficked for labor is a tragedy that forces families to abandon and forget their children. Acute poverty, fluctuations in employment, natural disasters, and oppressive social environments are some of the push factors for both temporary and permanent migration of the poor and the marginalized wherein children are uprooted from their native places and are deprived of the opportunities of childhood and denial of their rights. In agricultural areas that solely depend on monsoon, the receding water table and dry conditions lead to unstable and poor agriculture resulting in wide fluctuations in employment for agriculture labor. 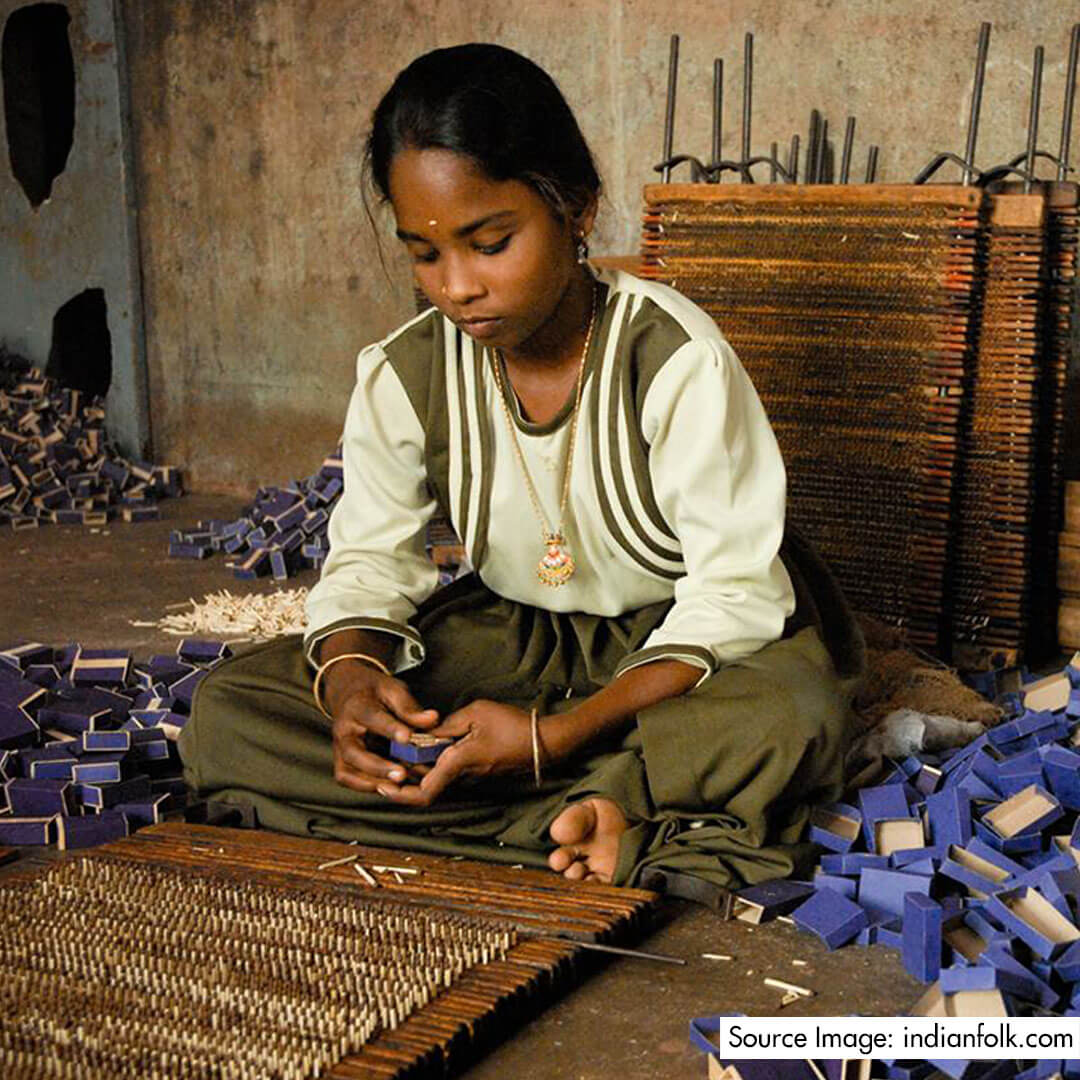 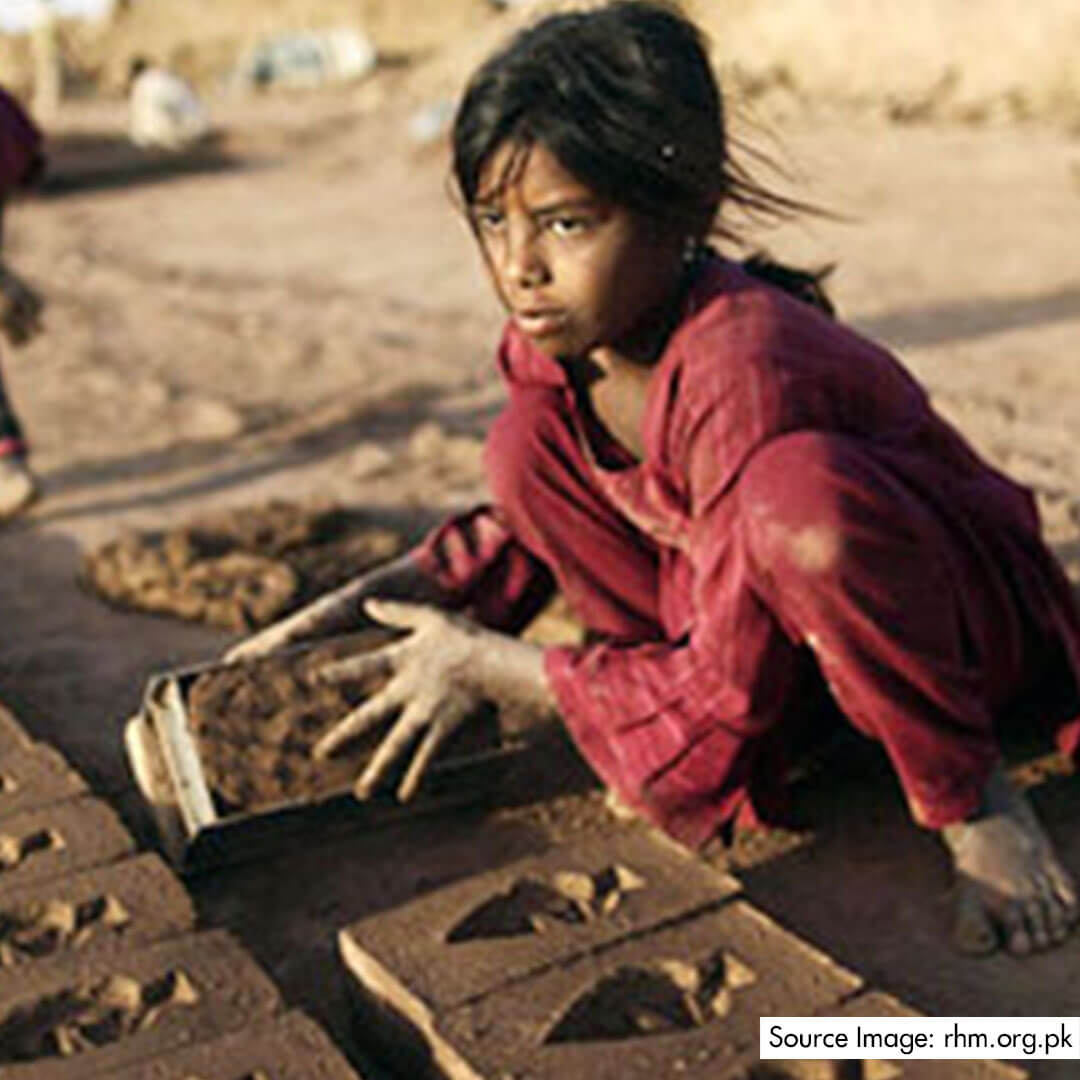 Child Labour results in children’s rash beginning to adult life, sweating with or without earnings, under the conditions that can damage their physical, social, mental, emotional, and nature development, refusing them their fundamental rights to Access to Education, wellness, and development. This includes children working in any sector, occupation, or process, including the formal and non-formal, organized and unorganized, within or outside the family.

In India, there are numerous children trafficked for numerous purposes such as employment, begging, sexual exploitation, and slavery. The largest percentage of girls and women being trafficked were recognized from the cities of Mumbai and Kolkata. Each year 40,000 children are abducted, leaving 11,000 untraced. NGOs in India estimate that between 12,000 and 50,000 women and children are trafficked into the country yearly from neighboring nations as a part of the sex trade. Women and girls are trafficked inside the nation in the business of sexual exploitation and enforced marriage, particularly in those regions where the sex ratio is high in support of men.

About 59% of minors girls did not know of any way to defend themselves from trafficking, and 72% did not know about the assistance (Top NGOs like Nanhi kali, Beti Bachao Beti padhao, ) that could help them. The cause of child trafficking in India is mainly poverty, a lack of knowledge, and financial support. This local violation has led to the abduction and trafficking of 12,000 girls and young women every year, from each State, where there are relatively more girls. Another part of the country is where, due to excessive female child-murder, there are less number of children present. 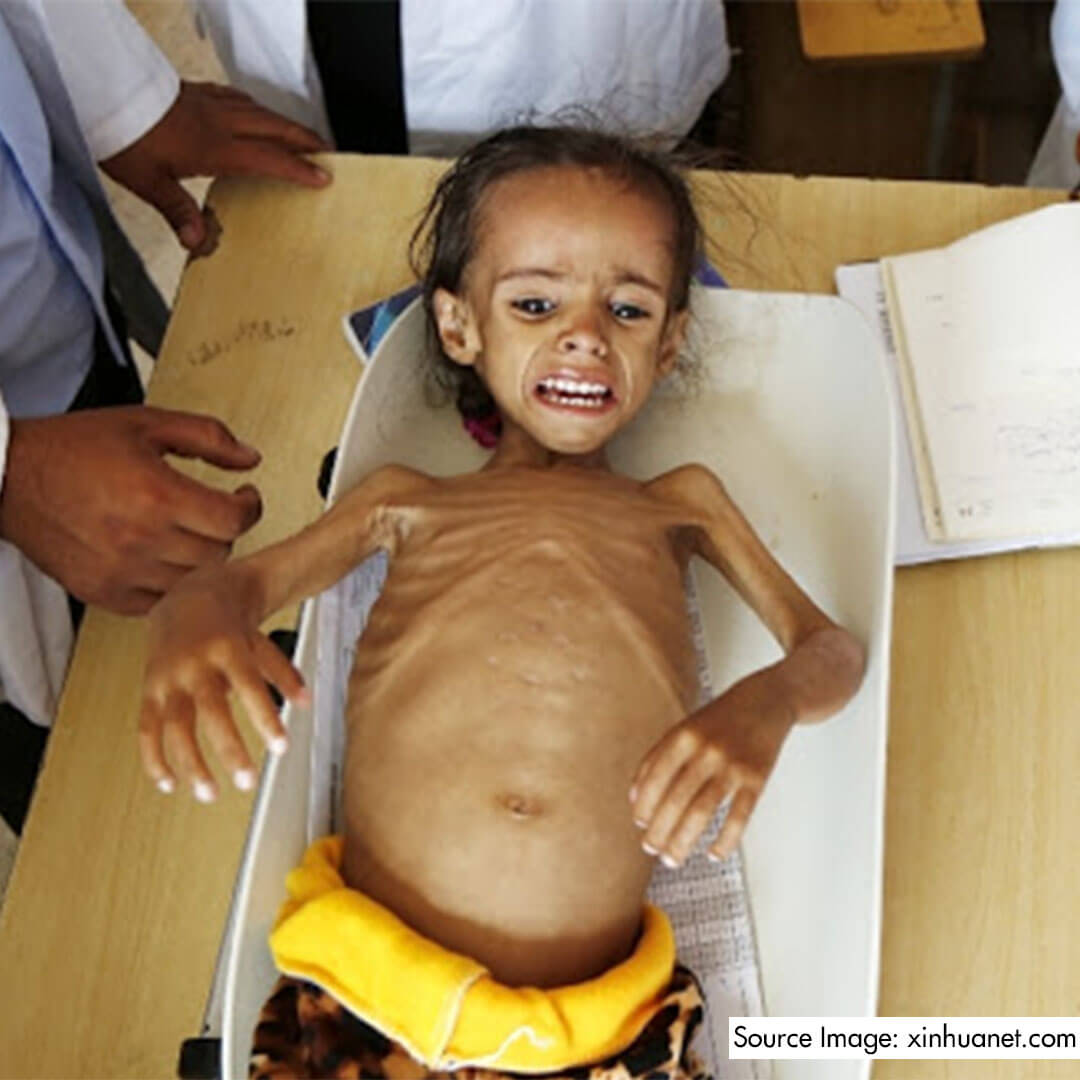 Over 50% of adolescents (about 63 million girls ) in the age group of 10 to 19 years in India are, short, thin, overweight, or obese. Adolescent girls especially suffer multiple nutritional deprivations. While more girls suffer from shortness than boys, anemia affects 40% of adolescent girls, compared to 18% of boys, and worsens as they get older. The girl child faces a disadvantage in accessing nutrition and is thereby exposed to a higher risk of morbidity and mortality. Undernourished girls grow up to become undernourished mothers and give birth to potentially undernourished, low-birth-weight children, who are more susceptible to death and disease. NGOs like Child Help Foundation, who have Medical Support for Emergency cases as their flagship programme, also ensure that no child dies of starvation and is actively fighting malnutrition in most affected tribal pockets under their Zero Hunger programme. They are focused on the Child health and well being aiming at Reducing Infant and Child Mortality by addressing malnutrition, ensuring good health, and achieve the same by working with adolescent and women’s self help groups in the project areas. 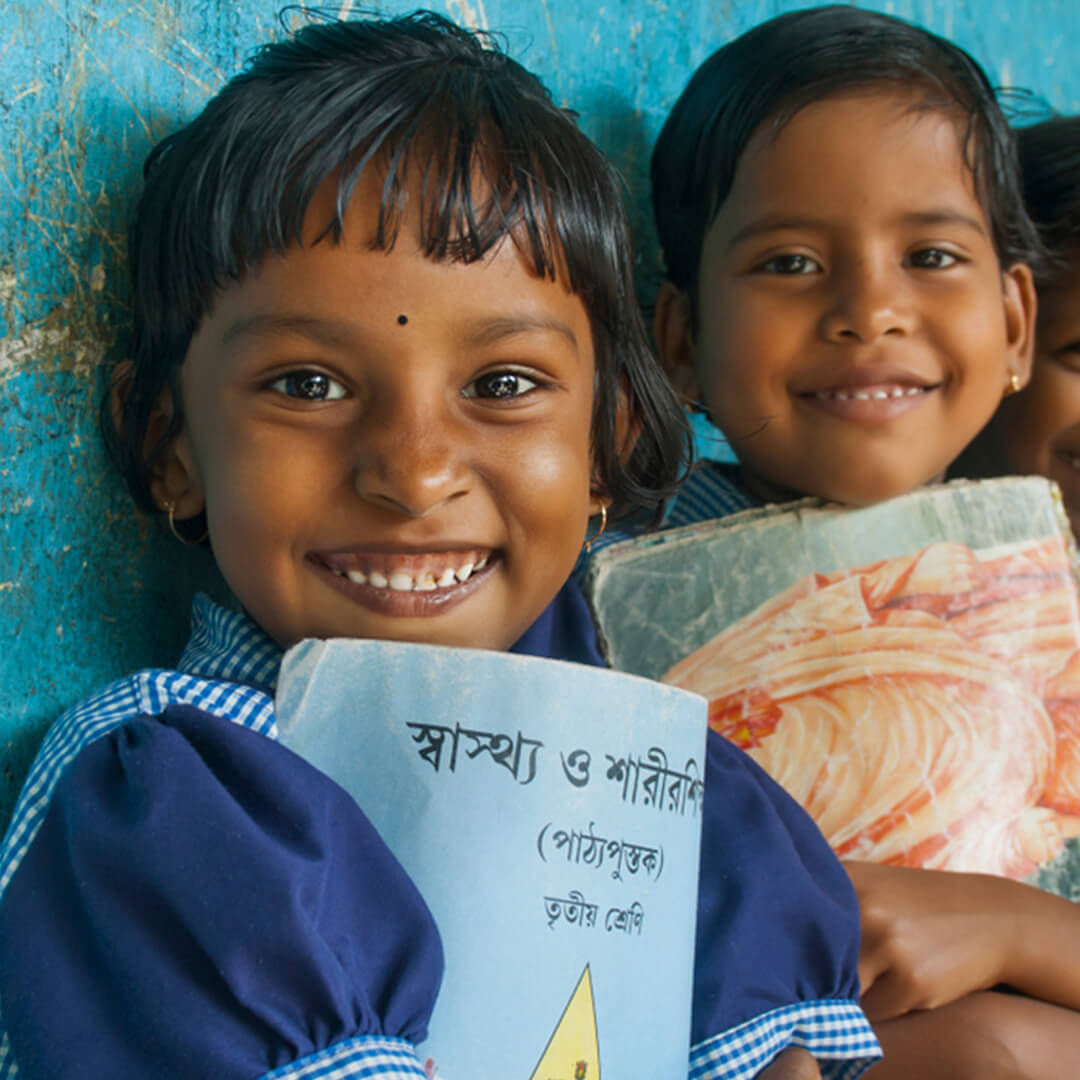 Empowering Women & Girls in India is still considered as unnecessary involvement of women in a man’s world. 95 percent of working women are hired in the sectors or organizations that either pay less compared to the men in the same job or are not paid. Only 27 % of adult Indian women possessed a job or were actively hunting for one and most of them are included in daily labor work. Despite a fast increase in economic activities, smaller than a quarter (23.6%) of girls and women aged 15 and above were engaged in the labor force in the year 2018, compared to 78.6% of men. One in every ten female laborers in Indian is an underage girl.

Education for girls is still considered to be one of the unwise thoughts in some parts of the nation. Compared to girls, boys are highly motivated in pursuing education. As a result, adolescent boys are more economically active than girls in their group. For girls to progress in India, giving them training to have specific skills and educating them with gender-stereotypical jobs such as tailoring, beautician courses, food catering, or secretarial practice has to be imparted. For an underage and underprivileged girl, financial stability plus the obtained skillset is needed to build a secure tomorrow. Some field based NGOs initiate employability programs training for adolescent girls to generate income through activities such as entrepreneurship, self-employment, wage employment, or home-based work.

Best NGOs in India, like Child Help Foundation, promote Life skills essential for living quality life and eliminating gender bias. They help female students to cope with their difficulties of day-to-day life by teaching them to make informed decisions, solving problems by thinking creatively and collaboratively, and building healthy relationships through effective communication. They aspire that no child should be forced to give up education due to a financial crunch.

Let us achieve gender equality and empower all women and girls.

“A girl should be two things: who and what she wants.”– Coco Chanel